Following a crisis that lasted several years, very few Danish farmers have the financial strength to buy up and expand. This is a problem, as many Danish farms will have to change hands over the next few years.

It is therefore encouraging that an increasing number of foreign investors from countries such as China, German, Ireland and Great Britain are showing interest in purchasing Danish farms. With the relative low prices for Danish farmland, the Danish farms have become an interesting investment for foreign investors. They view Danish farming as a safe investment due to Denmark’s membership of the EU, the credit rating is high, and the Danish climate is stabile for farming. The Danish mortgage credit system, where it is possible to obtain a low interest and long financing is also unique. On top of this, Denmark has clearly defined ownership of the land and focus on the environment, animal welfare and human rights. The investors are not necessarily interested in operating the farm themselves; they want to cooperate with the Danish farmers in respect of the farming. Therefore, new forms of co-operation emerges, giving the farmer the opportunity to take part in both the operating profit and future profit, but without having the financial risk.

Until the end of 2016, Søren Borregaard, attorney and partner of Focus Advokater, was the chairman for the board of directors in Farm Company A/S. 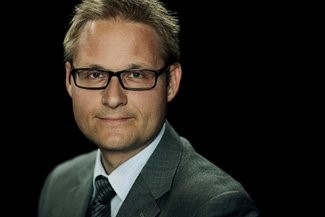